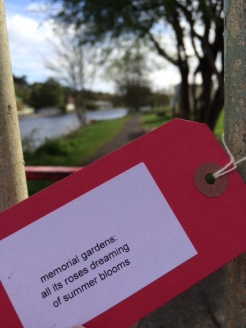 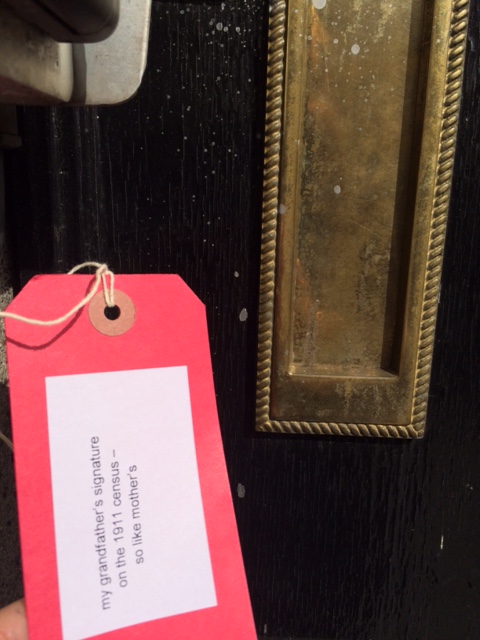 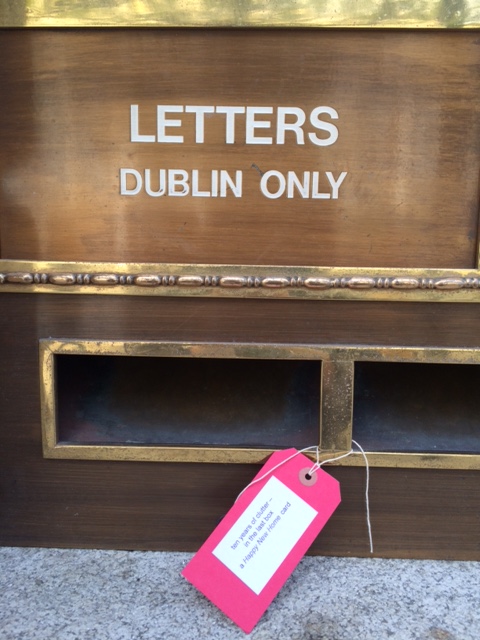 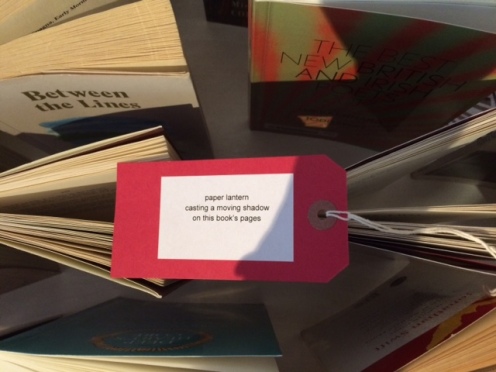 It’s sometimes said that the contemporary Irish poetry scene is something of an echo chamber. With an army of active poets, so many journals and competitions to submit to, and collections, anthologies, reviews and features to read, plus a plethora of launches, readings and festivals to attend, there is plenty to keep us busy. Much of the audience for poetry publications and events is other poets. This is not necessarily a bad thing, especially as the level of all-important mutual support appears to be pretty high, based on my own experience and that of my many poet-friends.
However, there’s a lot to be said for branching out, away from ‘the usual suspects’, and finding new – or lapsed – readers for poetry. This is where the beautiful brainchild of Belfast-based poet Maria McManus comes in: the Label Lit project, run with the support of the Arts Council of Northern Ireland, placed over a thousand poems and fragments of poems, written onto luggage labels, in public places on Poetry Day Ireland 2018, with the help of 65 poets in Ireland, the UK and further-flung places.
First of all, I was delighted to be included in Label Lit, after knocking on Maria’s Twitter door, and was excited to receive my twenty blank labels in the post. But which work to disseminate to the unsuspecting Dublin public? My first decision was to use individual haiku for all the labels rather than fragments of longer poems. My second was to make them site-specific, having lived in Dublin all my life and written haiku set here for the last twenty years plus. My third decision was to place my haiku in three different locations: where I live (Inchicore / Ballyfermot), where I work (Rathmines) and in between (Dublin city centre). Choosing the twenty haiku was decision number four, which involved some trawling followed by thoughtful match-making of poems with places. My fifth decision was to type them up and print them onto address labels rather than writing them by hand, since I’ve had so many complaints about the legibility of my handwriting.
Poetry Day dawned on Thursday 26th April and the weather conditions in our fair city were perfect: sunny and dry, with an occasional breeze to set the labels a-flapping. I was ready for some guerilla action! I started in my own neighbourhood and posted a few there, including one at the entrance to Lutyens’ Irish National War Memorial Gardens at Islandbridge. I also tied a label bearing a bus-themed haiku onto the seat in front of me on the bus into town, where I placed a couple more, including one on the front gate of the Bank of Ireland in College Green, and one to a railing inside Trinity College.

After work, I posted labels to a few chosen locations in Rathmines. I started with Café Moda, where I get my takeaway latte each day (the manager decided she’d take it home at COB). Another destination was the approximate location of the original building where my maternal grandfather lived and worked when he first came to Dublin, from Shillelagh in Co. Wicklow, in the early part of the last century. Back in the city, I ventured across the Liffey, posting haiku onto the Ha’penny Bridge, at the GPO, and outside both the Poetry Ireland and the Irish Writer’s Centre offices. It was lovely to see other red labels fluttering in the April sunshine outside those two venues.
At this stage I only had two labels left. I brought them to Cabra Library where I did an evening reading with Anne Tannam to a lovely receptive audience, some of whom participated in the open-mic half. I gave the second-last label to my cousin Mary to pass on to my aunt, who’s a great reader. I then gifted the very last one to my reading partner Anne who brought it back home, passing by the body of water that inspired it, the Grand Canal.
The whole experience was more emotional than I had expected, a little like the feeling you get just before a book is published; a sense of exposure. I tweeted photos of the labels as I went along, and was delighted to see so many other tweets from such a range of places. In the following day or two, I checked back to see if my labels were still there – most of them had been taken. I wondered how their finders / keepers felt about them, and was left wondering since none of them made contact via Twitter or any other medium. Does this matter? Is it enough to know that your work may have touched, amused or even annoyed some random readers? And, if just one of them has never darkened the door of a poetry reading, or bought a slim volume of verse, isn’t that a positive outcome?

Biog:
Maeve O’Sullivan works in further education in Dublin. Her poetry and haiku have been widely published, anthologised and translated. She is the author of four collections from Alba Publishing (UK): Initial Response (2011), Vocal Chords (2014), A Train Hurtles West (2015) and Elsewhere (2017). Maeve is a founder member of Haiku Ireland and the Hibernian Poetry Workshop, and performs with The Poetry Divas. Twitter: @writefromwithin